Park legend Gray Ghost, born in 2002, was one of the more popular stallions in the park because of his beautiful wavy mane and tail and his gray coat, which he almost always passed on to his foals. A Gray Ghost son, Nicols, was kicked out in the spring of 2017.

However, Teton took this band from Gray Ghost in the spring of 2015. This band is usually found between the south loop and I 94 , often being seen upon entering the park from the south. Teton is determined to continue his famous sire, Gary's, legacy.

In spring 2019, Teton took back Indian Paintbrush (who was heavy with foal) from Frontier and shortly after Alamocito, a colt, was born. (He was adopted out in the summer of 2019.)

In spring of 2021, Alluvium was kicked out of the band.

Also in the spring of 2021, Belt and Bonanza were adopted out.

Apex was kicked out of the band, but returned by the fall, we will see how long it lasts.

Mini little Tillie was born in spring of 2021, followed by Della Rose in July, and pint-size Pixie in August!

Bachelor Nichols has been relentless in going after Teton's band, and in the recent weeks, we have seen him hanging out with the band, as of spring of 2022, this relationship seems to have persisted, with both stallions in the band on most days.

Teton has a double band with Nichols as they are often seen together.​ 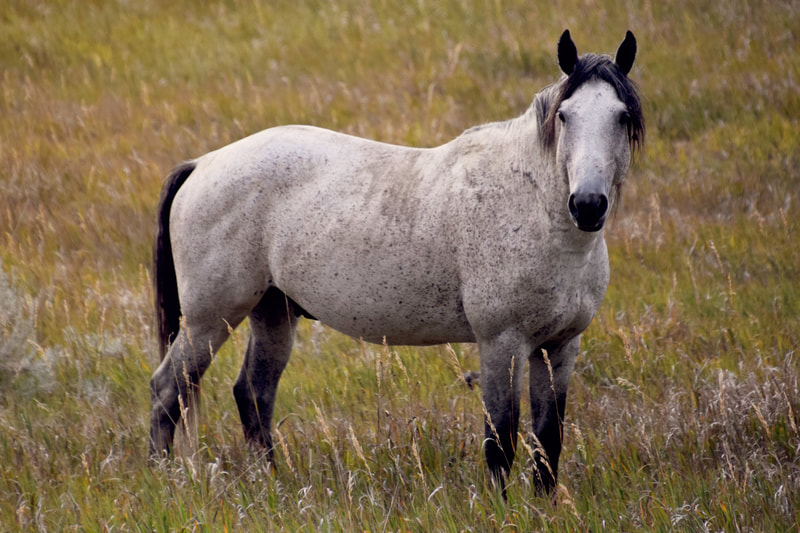 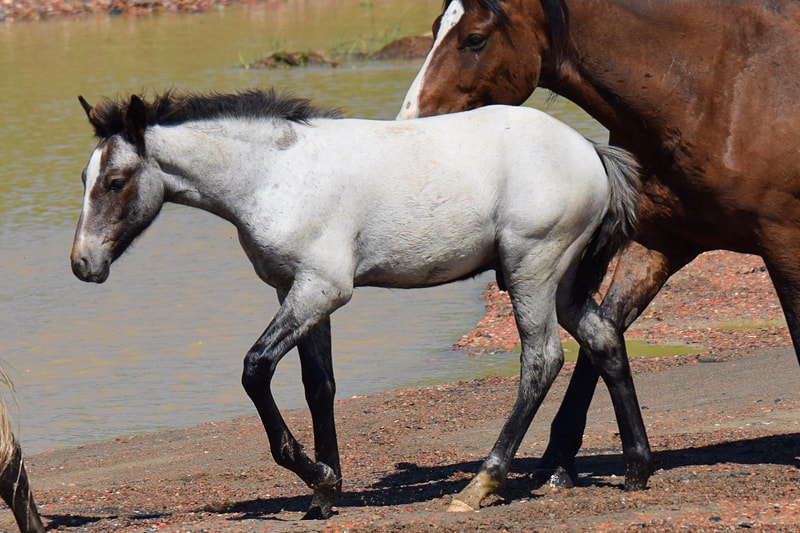 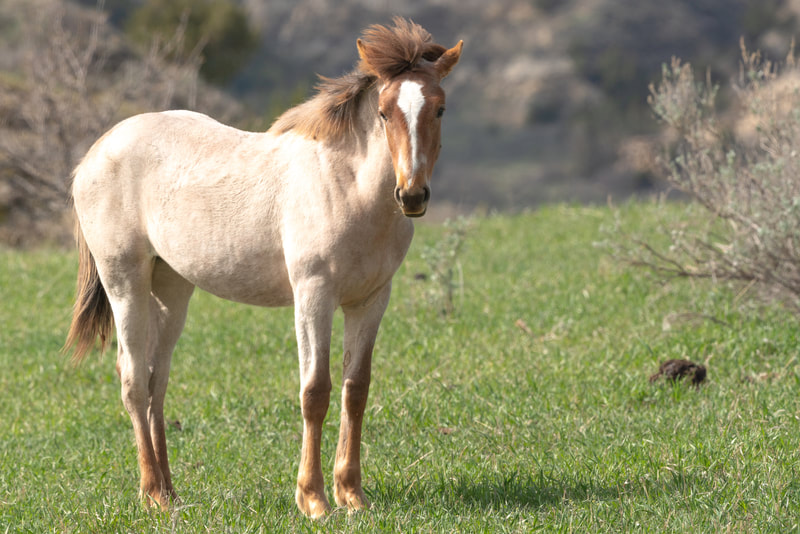 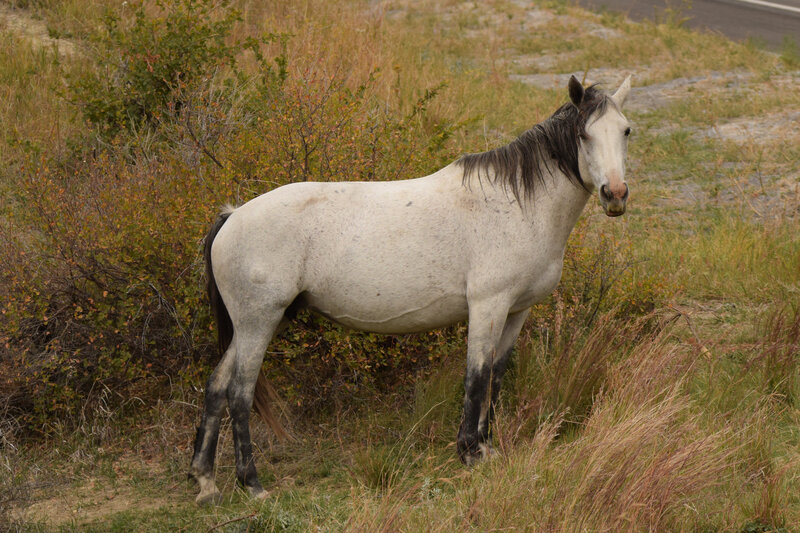 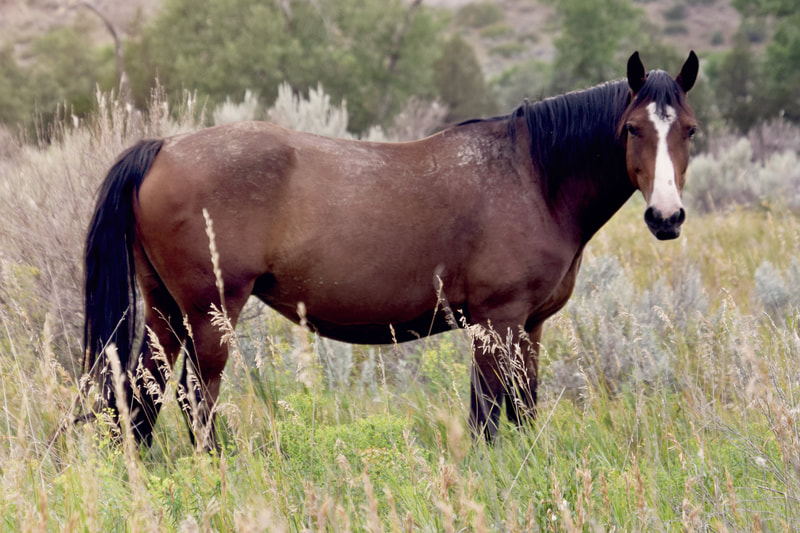 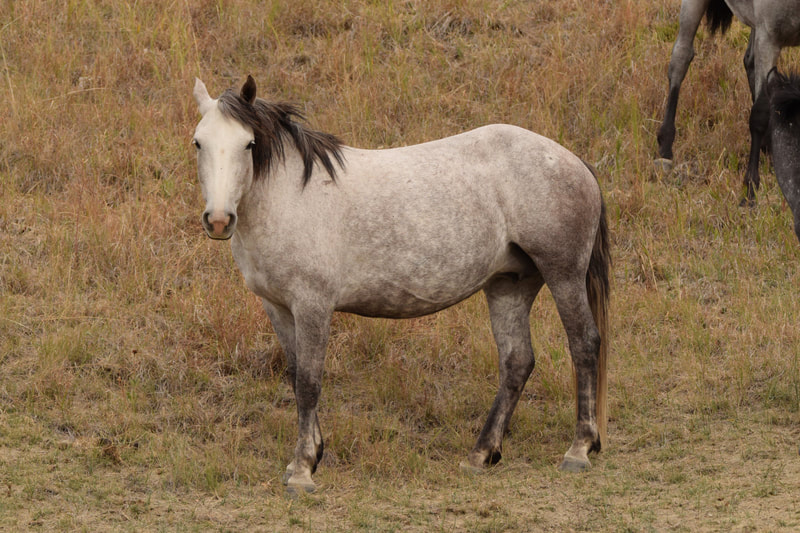 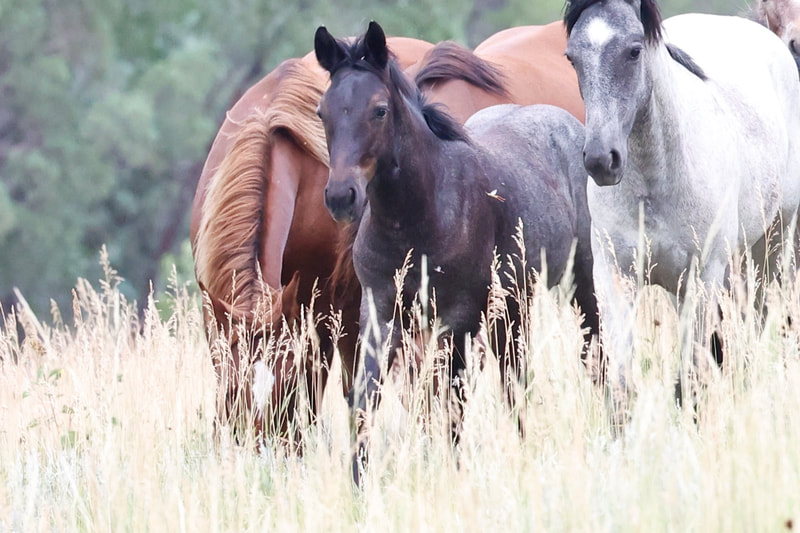 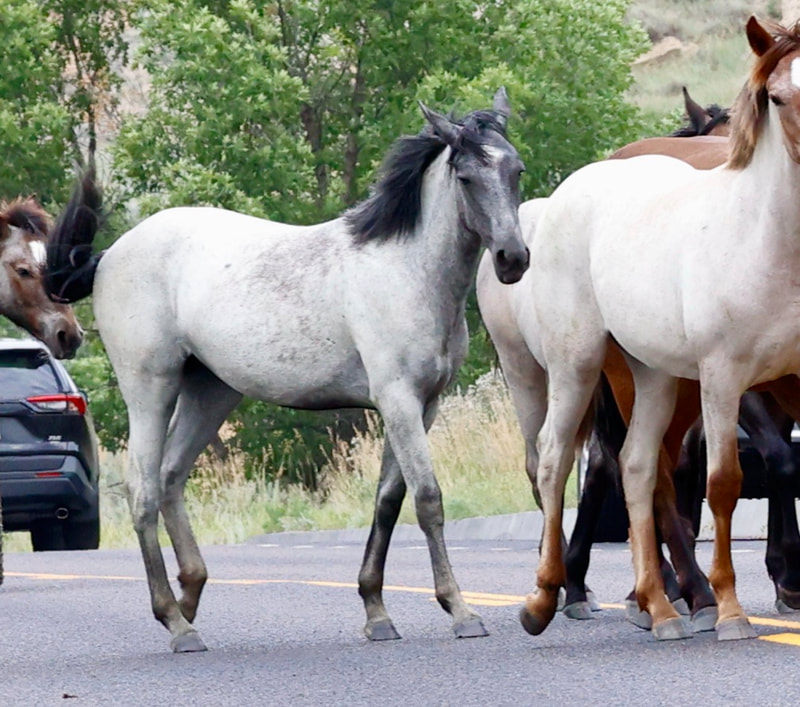 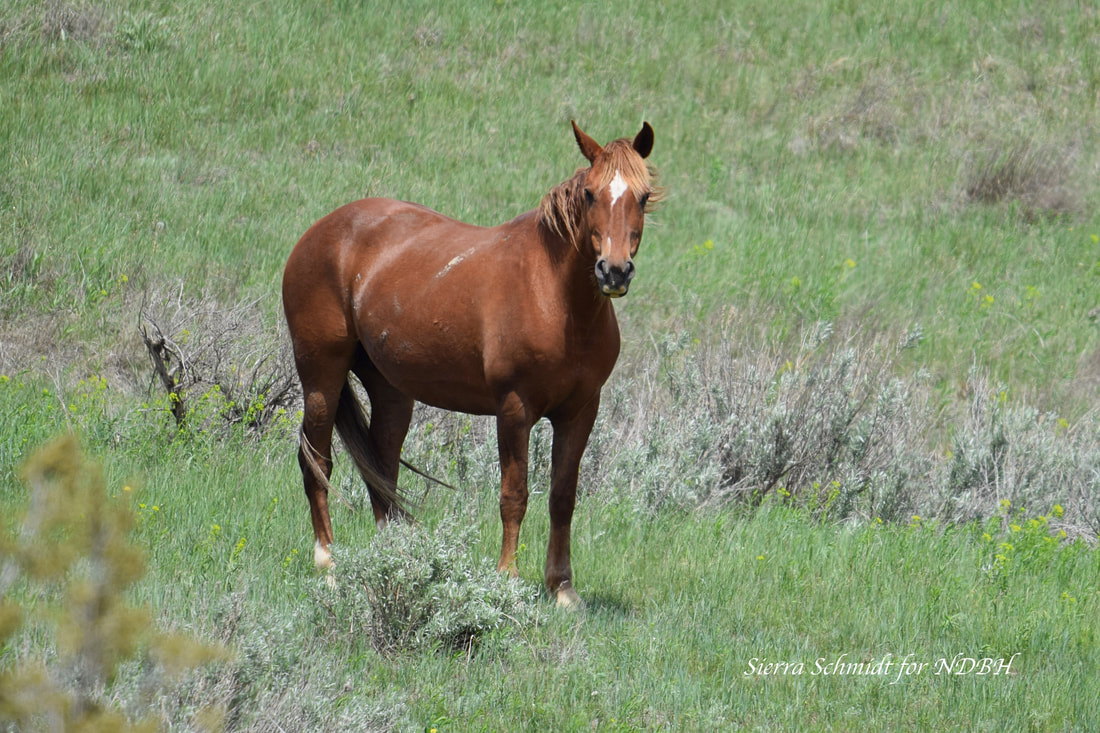 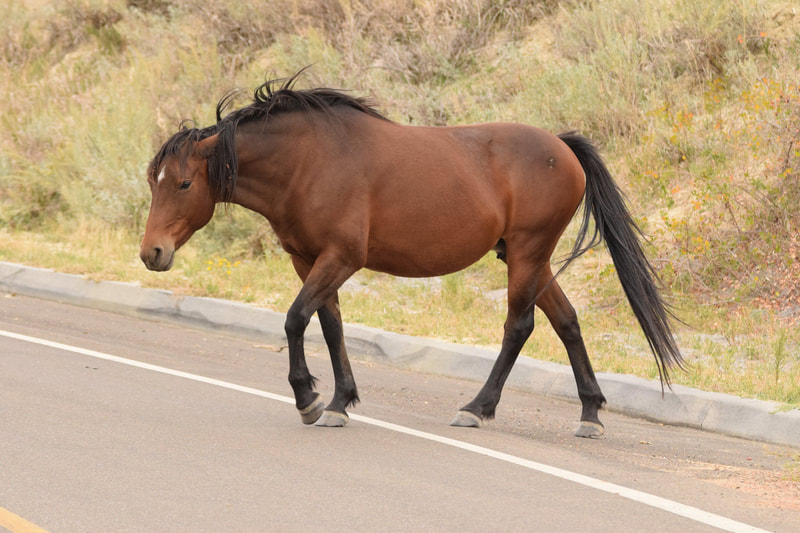